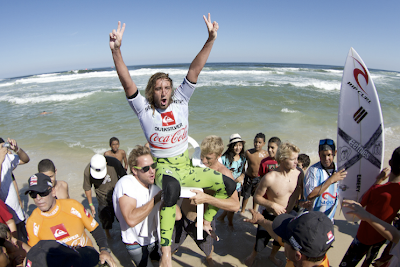 In dominating, if not unexpected, fashion, Matty Wilkinson has won the Quiksilver Saquarema Prime, upsetting last year's champ Kai Otton in the final.
Getting past rising sensation Gabriel Medina in the quarters, then making short work of in-form Hawaiian Keanu Asing, Wilko's fluid carves and powerful layback hooks were in perfect rhythm with the long, four- to six-foot lefts on the final day.

So needless to say, there's a serious party going on in Brazil right now. Throughout his young career Wilko's made no bones about his ambitions while on tour: have as much fun as possible. While noble in ambition, and a source of constant entertainment, it hasn't produced a lot of memorable contest moments ... unless wearing wetsuits with boobs or dollar bills printed on it counts ... which it does.


Normally that wouldn't sound right, but it's Wilko, and he'd probably love the quote. And he probably does have a warm tingly feeling for the place that's given him his greatest competitive conquest since 2010 when he won the Cold Water Classic, his only other ASP Prime win.
And shortly after getting off the podium in Brazil he tweeted: "Winner winner chicken dinner. Sydney you better be ready!"

If he survives Sydney next week, Wilko, Otton and the rest of the ASP World Tour elite head to another left-hander, this one maybe a little more perfect. The forecast for the start of the Volcom Fiji Pro is looking outstanding for Cloudbreak, and maybe with a little momentum on his side Wilko can keep the streak alive. Either way, it'll be fun to watch. 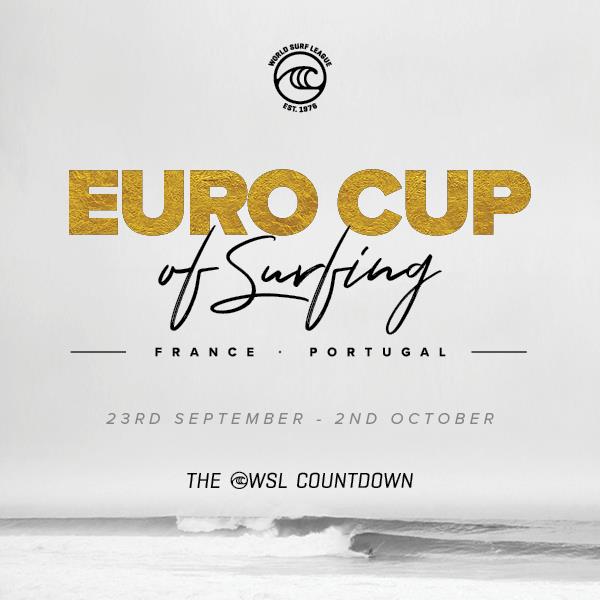