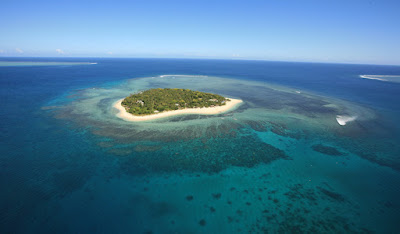 ASP International and Volcom are pleased to announce the return of the world’s best surfers to one of the most perfect waves on the planet with the confirmation of the Volcom Fiji Pro to the 2012 ASP World Title season.
The contest will mark Volcom’s first ASP World Title event and a much-desired return to the world-class breaks of Cloudbreak and Restaurants for the ASP Top 34."We are all very excited about the opportunity to host our first ever ASP World Title event in Fiji,” Richard Woolcott, Volcom CEO, said. “Having the contest at Cloudbreak, or even Restaurants, is a perfect fit with Volcom's long history with Tavarua. This is a major step in our surfing program and it’s great to be able to support the tour and its athletes with an event in world class surf.After a three-year hiatus from the ASP Dream Tour, the Volcom Fiji Pro will host the world’s best surfers from 2012 through 2014, with the potential for further extension from the current three-year license agreement.“Our partnership with Volcom has grown over the last several years from their support of our athletes to the sponsoring of the ASP 5-Star Pipe event and now as a licensee for an ASP World Title event,” Brodie Carr, ASP Intl CEO, said. “Fiji truly incorporates our mission statement of putting the world’s best surfers in the world’s best waves, and absolutely enhances our tour moving forward. I’m confident that all the guys will be rapt about this addition to the ASP World Tour.”

www.volcom.com/fijipro
Video of the final 2008