In 2009, I was sitting among a handful of ASP muckety-mucks during the Hurley Pro when discussions turned toward the soon-to-be announced World Tour restructuring. The takeaway from those conversations was "Wait until 2011." Well, after a transitional year in which the tour was cut to 32 surfers, prize money increased and the rating system streamlined to a "One World Ranking," here we are.
Whether those changes are responsible for it or not, the 2011 World Tour begins Saturday with the Quiksilver Pro Australia and there are plenty of fascinating questions that need answering. The King may have claimed his tenth crown last year, but will the allure of eleven prove too tempting to pass up? Can Joel Parkinson drag his battered body from a second consecutive year of derailing injury and finally win the title many predicted for him years ago? Will Taj Burrow ever break free from similar expectations? Was Jordy Smith's second-place finish last year his first or last world title run? Will Dane Reynolds come back strong from his knee injury -- or come back at all?
Starting at the top: Kelly Slater. As has been his wont in recent years, no one -- including him -- seems to have a clue as to his intentions. We know he'll compete this time around at Snapper Rocks, but whether it's his swan song or the start of a world title defense, we'll have to wait and see. 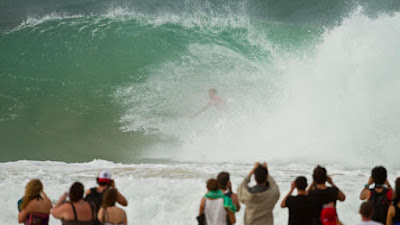 Whatever he should choose to do, he's an obvious favorite to win at Snapper Rocks. Besides Mick Fanning and Parkinson, Slater's the only other surfer on tour to win the Quik Pro multiple times (all have two titles apiece). While it certainly doesn't seem that age is ever going to catch up with him, he is the oldest surfer on tour at 39, which makes him nearly twice as old as the youngest rookie (Alejo Muniz, who turned 21 this week). No matter what direction Slater ultimately opts for, the world will certainly be watching.
Speaking of Parkinson … for two years in a row now he's been crippled by injury. In 2009 a busted ankle in Bali cost him what looked to be a cakewalk to a world title, then in 2010 a gruesome fin gash cost him the second half of the season. A glass-half-full bloke, he recently wrote on his website: "I'm hungry … That's one of the key things with surfing on the tour; you've got to not only stay hungry to surf throughout a whole event, you've got to stay hungry over the course of a whole year."
Both Parkinson and last year's defending Quik Pro champ, Burrow, are starting to get up there in age, considering how long both have been touted as future world champions. The next generation isn't just on the horizon, they've arrived -- a wake-up call for any 30-something athlete.
At the tip of that spear is Jordy Smith. He got a taste last year, running neck-and-neck with Slater until the second-to-last event in Puerto Rico. Going into his fourth campaign, Smith has gotten more competitive and more consistent with each effort. Never lacking in the talent department, it was critical areas like heat strategy and board selection that used to hinder him. Not anymore. He was runner-up at last year's Quik Pro, runner-up in the world title race, and the big South African has likely had it with running up to anyone anymore.
And because you can't talk about Smith without mentioning Dane Reynolds, let's just confirm that a recent knee surgery will keep him out of the Quik Pro. As for his intentions after that -- whether he is motivated to continue competing or considering moving on from the tour, as Australia's Stab Magazine reported last November -- it remains the same as it ever was: speculation. Losing Reynolds from the tour would be a shame; last year Slater called his surfing the far and away best in the world -- and he was spot-on. 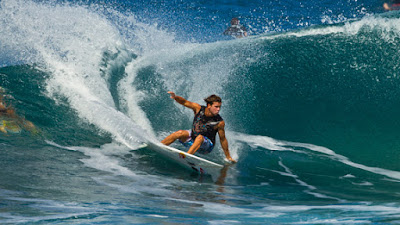 As for rookies, there are only two new faces joining the elite ranks this year: Julian Wilson and Alejo Muniz (the three other newcomers, Cory Lopez, Josh Kerr and Raoni Monterio have almost 20 years of tour experience between them). Both Wilson and Muniz have the potential to turn some serious upsets.
Wilson may be a rookie, but he's spent plenty of time competing at Snapper over the years. At 23 years old he already boasts four years of wild-card berths into the event, and has beaten Slater and finished as high as equal ninth. He also just made the semifinals at the Breaka Burleigh Pro, which should serve as a pretty dynamic warm-up considering he was surfing against the likes of Parkinson and other heavy hitters. Meanwhile, Muniz is fresh off a win at the ASP Prime Hang Loose Pro, and is eager to try his hand against the world's best.
"The only thing that I know about this is that I'll probably face Kelly or Jordy or Fanning, all the guys on the top," Muniz told ESPN Surfing in late December. "I never surfed against Slater. I've only surfed against Mick, Taj and Joel during Sunset. It was really strange for me. I grew up watching these guys surfing and competing, and now I'm there with them. It's going to take some getting used to."
Other than that, hopefully the Superbank can pull it together enough to have some haves for the boys and girls and the 2011 ASP World Title hunt gets under way in proper fashion. Who knows? Maybe we'll have an answer to a question or two when it's all done and dusted.
Published by csl~ en 21:17:00