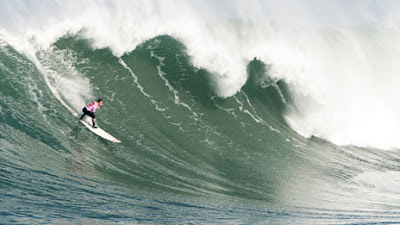 Disappointment seems to be the theme this week for big-wave events. Weird to think of 20-foot surf as being disappointing, but that's what the world's come to, I guess. In Hawaii this morning the Eddie was called off, then put back on hold, then finally called off again for good. And in California, both the Maverick's and Todos events have been called off. The swell of the winter, while sizable and a wonderful reprieve from the mundane, has proved to be not quite not what the doctor ordered for Downing, Linden and company. 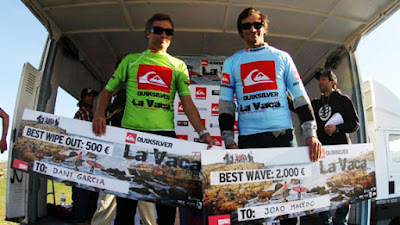 The swell never materialized, and like that organizers were left trying to figure out what to do next. The answer was simple, they threw an expression session. The surf was still well over 15-foot, and there was still plenty of room for heroics. Portugal's Joao Macedo took home the award for "Best Wave," while Dani Garcia was given the dubious distinction of "Best Wipe-Out."
So now what? The swell never quite turned into what early forecast charts indicated. Blame it on on NOAA. Blame it on the storm. Blame it on the hype. Blame it on Facebook. Hell, blame it on whatever you want. Better yet, don't blame it on anything and just go enjoy the fact that we have some waves to ride ... even if they're not 30-foot beasts. 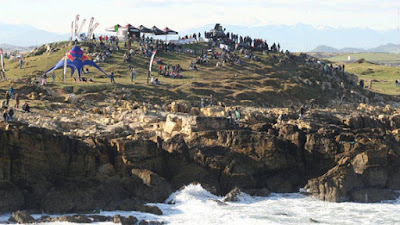